Recently I promoted my Lazy Game Dev product and this is one of the emails I wrote for the promotion.
A lot of people found it funny so I’m sharing it here for some entertainment.
The email starts below the line. Just FYI the coupon code is expired.

He’s walking through the Churchill park when —

At the sound of his name, he stops and turns…

…and sees a man in a trench coat and hat, seating on a park bench, beckoning him to sit down.

“Well,” says the figure, “that doesn’t really matter – but let’s just say that where I come from, they call me…”

He pauses… and then says with a sly grin:

“Did you just say… ‘game devolepor’? You meant ‘developer’, right?

“Sure, why not. Anyway Brackeys… I’m here to talk to you about a game dev problem.”

“Not THAT kind of problem!” snaps the stranger. “My problem is more… difficult.”

“Well,” explains the man, “the thing is, I have somewhat of a good track record as a game dev. I’ve created the best tutorials on youtube. A lot of people watched them. And my channel passed 100k subscribers.”

“Wow. You’re a YT game dev,” shouts Brackeys. “What is your channel—“

“That’s not important.” says the man quickly. “The point is, I’ve got a reputation for being a good game dev. But… I can’t become the world’s best game dev yet.”

The man leans forward and whispers:

“Because, Brackeys, I come from the year 2022… where the title “World’s Best Game Dev” belongs to ANOTHER guy.”

At this, Brackeys pauses…

… and then bursts out laughing.

“BAHAHAHA!” he says, wiping tears from his eyes. “Oh man, that’s a good one. You, Mister ‘Lazy Game Developer’ …come from the future?!?!”

“Too good!” guffaws Brackeys, slapping his knee. “Oh, wait! And let me guess… you’ve come back in time… to kill this other guy or something, before he becomes the World’s Best Game Dev?”

“Very good!” says the stranger, clapping his hands. “They always said you were a sharp one, even as a young game dev!”

“I know you very well, Brackeys.”

Yet even as he’s speaking, the stranger stands up…

The horror of the situation dawns on Brackeys.

He scrambles to his feet and turns to flee…

But behind him, the Lazy Game Dev withdraws a time-travel remote from his pocket.

And still with an evil grin on his face…

And points it at the fleeing (future) best game dev in the world.

A bright ray of light bursts out of the remote… and hits Brackeys in the back.

In an instant… he’s gone.

And seeing his rival vanquished…

The Lazy Game Dev raises his arms to the sky… and begins cackling like a madman.

And with a flash… he twists the dial on his time-travel remote and zaps off somewhere else.

Brackeys – falls in the middle of his chair in front of his computer.

Along with an ad to the side in giant letters:

How Fahir, the Lazy Game Dev, is now the World’s Best Game Dev in this parallel universe…

And now, you can get Lazy Game Dev on sale for 20% off for just a few more hours, if you use the coupon code LAZY.

Now that Brackeys is a beginner game dev, wanting to become pro…

That… actually sounds like a really smart thing to do.

So off goes Brackeys to this link:

Maybe Lazy Game Dev could help you do the same.

p.s. – If you wish to read more crazy educational stories like this, you can sign up for my email list in any of the links below:

From Scratch To Game 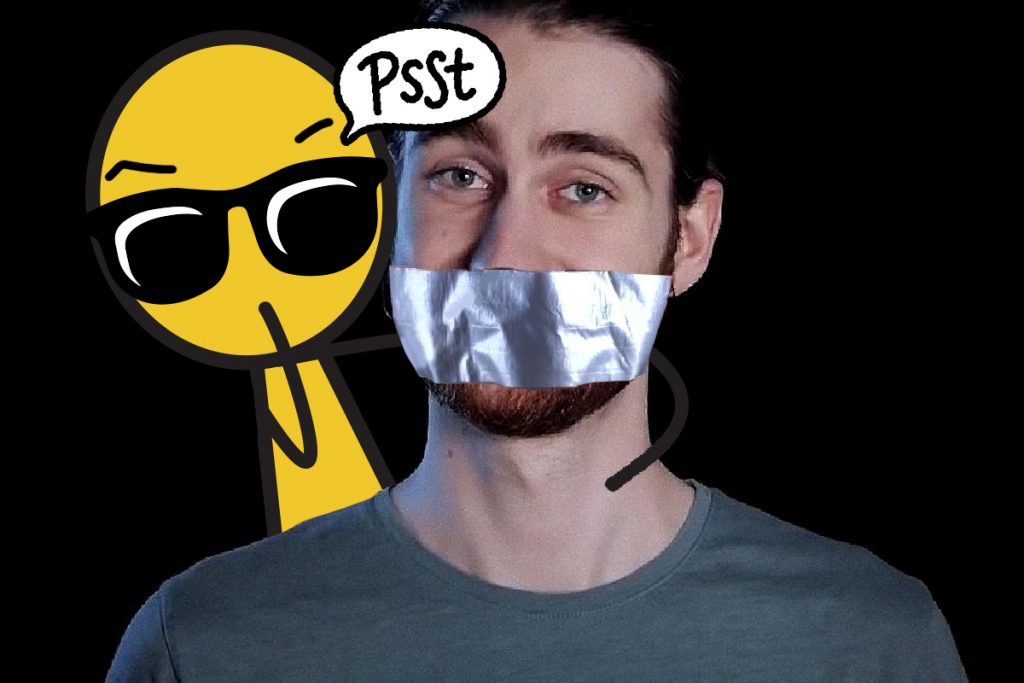